Well cycle 1 is under way. Mike got up at six to take the first 10 tablets (Cyclophosphamide). He reckoned he needed to take them early so he would have time to eat before taking the next 20 (Dexamethasone) and setting off for work. It can get quite complicated, some have to be taken on an empty stomach, others with food, the Thalidomide and PPI have to be taken in the evening, and the Asprin anytime as long as it's with food. By the time he had finished this morning, the poor dog thought he was a new rattling toy! 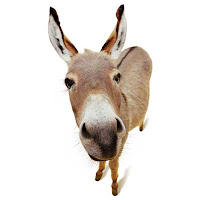 Mike is currently at work, talking the hind legs off every passing donkey, customer and work colleague (no change there then!) We were warned about the hunger so I made sure he was well fed, but I've now had several texts complaining that starvation has set in and that he will be needing a trough for his Sunday dinner when he gets in! I think I might have to set up an appeal and get food parcels sent to us soon.
Me, I feel like I could do with some of Mike's Dex!
Posted by Lorna A. at 2:38:00 pm No comments: Links to this post